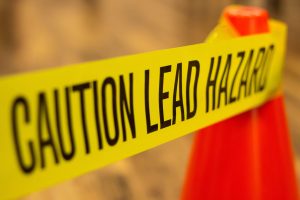 Lead is a toxic metal that has been in widespread use for thousands of years. The extent to which lead has been used has resulted in considerable environmental contamination and poisoning.

Lead is a soft, durable metal that is highly versatile. Today, it is most commonly found in lead-acid batteries used to run the electrical systems of vehicles. But you can also find lead in a wide variety of products such as the following.

Unfortunately, two of the most common sources of lead contamination are older paint and pipes in the home. Drinking water may contain lead that has slowly seeped into the water supply. The damage lead contamination can cause is considerable.

The Effects of Lead

The toxic effects of lead are pronounced in adults, but even far worse in children. Lead poisoning negatively affects the growth and development of the brain and nervous system. In adults, exposure to lead increases the risk of high blood pressure and damage to the kidneys. The unborn are particularly vulnerable to lead poisoning when pregnant women are exposed.

Once lead enters the body, it can seep into the brain, bones, kidneys, liver, and all other areas of the body. Because it does not exit the body, the lead can build up over time to become a dangerous threat to your health. A woman with lead in her bones presents a danger to her unborn child because it may seep into the fetus.

Common Areas That Cause Lead Poisoning

Lead exposure can happen in two basic ways; inhalation or ingestion. Lead particles can be inhaled when materials that contain lead are burned. This includes recycling, smelting, stripping away old lead paint, and being in close proximity to aviation fuel.

Ingestion of lead normally occurs when water or dust from old water pipes is consumed. Another method is from food that has been stored in lead containers. Another possible form of ingestion occurs when a high amount of traditional medicines or cosmetics containing lead have been used.

There is no amount of acceptable lead exposure. This is because lead stays within the body and can build up over years even if the exposure itself seems only slight. With the cumulative effects of lead exposure being so harmful, it pays to have any lead in your structure identified and removed as quickly as possible.

If you suspect your home, office, or facility has lead call the professionals at Brickley Environmental today. They have the knowledge, experience, and training to identify and remove lead contamination from your structure in a safe, effective manner.

Lead was commonly used in the construction and painting of homes and buildings until the mid-1970s. If you are living or working in an older residence or commercial building, it’s possible that lead may exist. By calling Brickley Environmental today, you can schedule an inspection and find out if there is lead present. 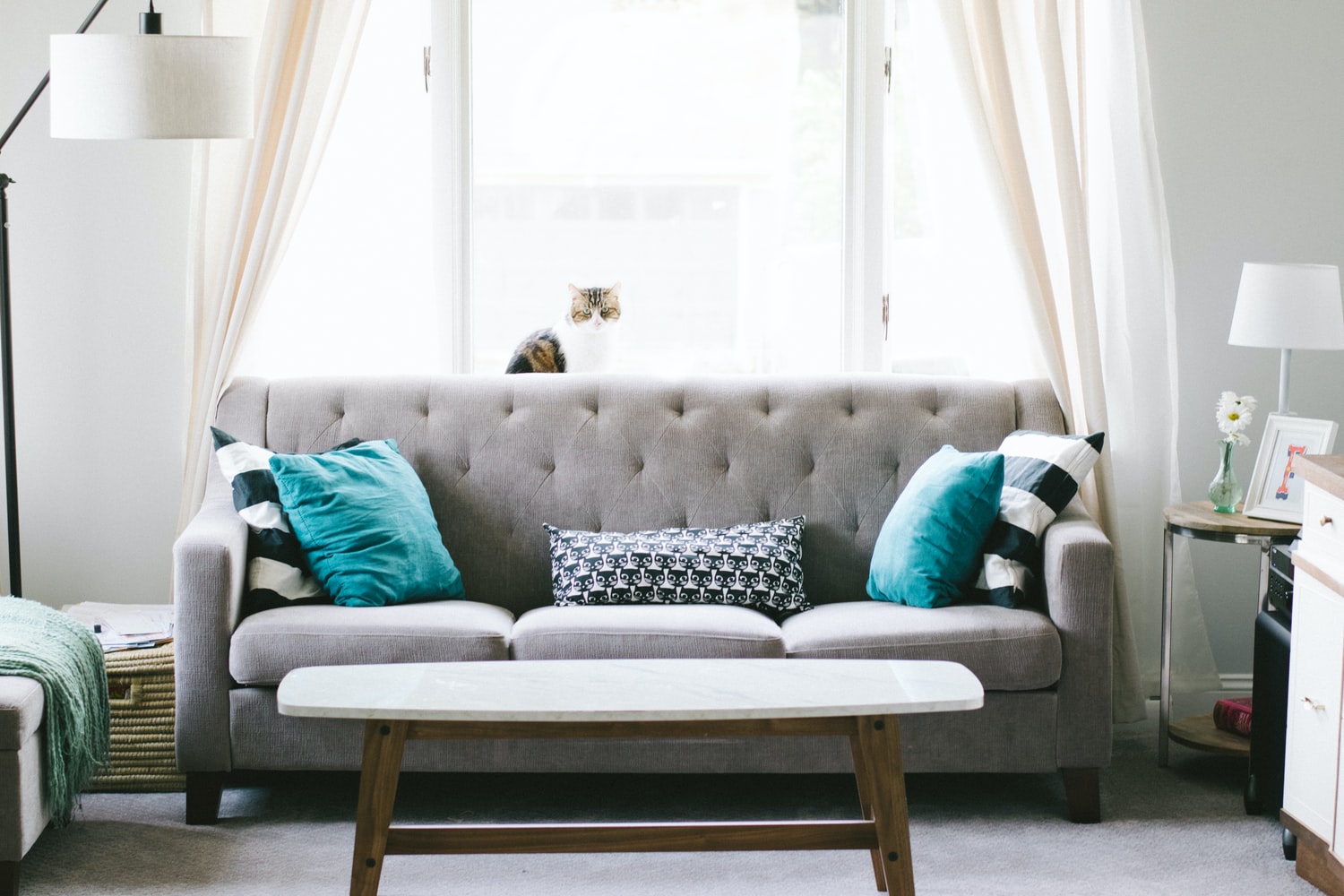 Being together in one home is what families are all about. However, with so much time being spent indoors, the chances of an accident occurring become greater. Children and older adults are especially vulnerable in terms of becoming injured due to the many hazards that may be present inside the home.

A home is a place where several hazards may exist. Identifying such issues means recognizing the following potential hazards in the home which may include the following.

Children may be particularly vulnerable to small items such as toys that are left out as choking hazards. Plus, older adults are more vulnerable to falling, both in terms of losing their balance and suffering injuries to a far greater extent compared to children and adults.

How to Maintain Safety in the Home

The good news for homeowners is that there are simple things you can do to promote safety inside your residence while reducing the dangers that may be present.

Such dangerous areas may include stairs that have no handrails, bathrooms and kitchens with slick floors, rugs that are not secure, electrical wiring that may be aging, and the like. A good place to start is with a simple inspection that may include the following.

In homes that were constructed before the mid-1970s, you will want to check for possible lead-based paint, lead pipes, and the presence of asbestos inside the home. Although the risk may seem minimal, many older homes still have lead-based paint on the walls which presents a real hazard, especially to children. In most cases, you should be able to address the common health and safety concerns inside your home.

However, there are some health and safety issues that may require a professional company for assistance. From installing handrails to identifying source of mold to removing contamination, a company such as Brickley Environmental may be of considerable assistance.

When you call, our courteous, friendly staff will answer, listen to your needs, explain our services, and answer your questions about improving home safety. A representative may be sent upon your request to inspect your home and make recommendations. If you accept, our team of experts will make the changes necessary in a prompt, professional manner. Call today to find out more about the services provided by Brickley Environmental. 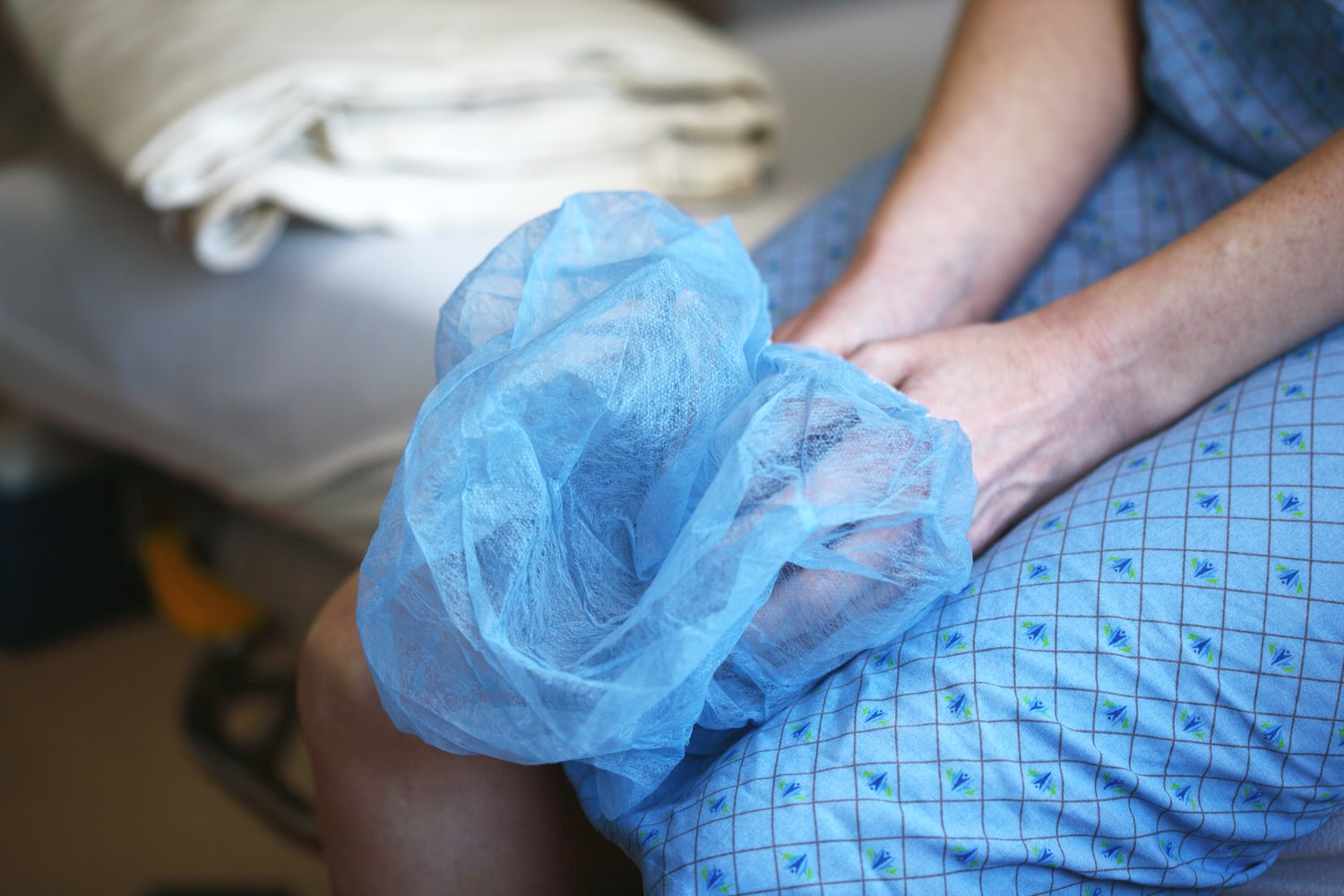 Since the 1970s, lead has been banned for use in paints, gasoline, and many other products because of its effects on the brain. However, its connection to heart disease has only recently been revealed.

A recent observational study from The Lancet Public Health Journal revealed that 256,000 cases of premature death caused by cardiovascular disease in the US may be linked to lead exposure. This new study defies the notion that low levels of lead exposure had little to no effect on premature death.

Presence of Lead and the Circulatory System

Lead exposure is linked to the hardening of the arteries, high blood pressure, and ischemic or coronary heart disease. Lead exposure occurs because lead has not fully been removed from some of the paints, fuel, and plumbing of structures, especially from older homes and buildings.

Most of the premature deaths caused by lead exposure affected those middle-aged, roughly 44 years old and older in the US. While exposure to lead products has been greatly reduced over the past few decades, it has yet to be eliminated from most of the western world.

Overall, the study concludes that 256,000 premature deaths might have been avoided if the levels of lead in their systems were at normal levels. Across age, sex, and health lines, the presence of lead has a substantial effect on the health and wellbeing of the body and mind. In addition, the study calls into question the assumed safe levels of lead in terms of its link to cardiovascular disease.

If you believe that your residence or business may have lead paint or materials made from lead, please call the experts at Brickley Environmental. We have the knowledge, training, and equipment to safely remove the lead from your home, office, or facility. 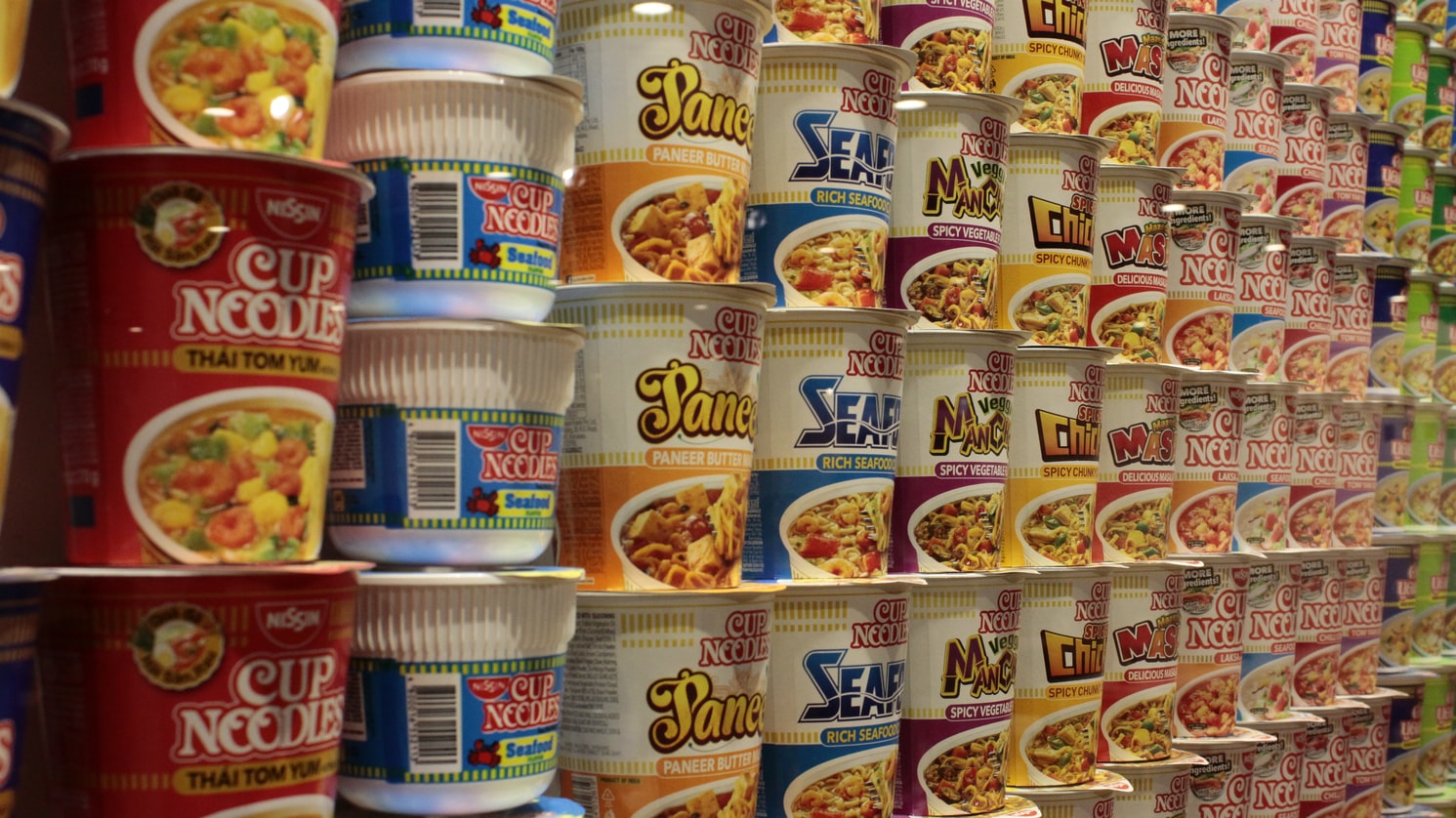 Lead is a toxic element that is naturally present in the water, air, and soil. Even small amounts of lead can be dangerous, especially to children. Lead inhibits the proper development of the brain, which in turn can affect speech, emotion, and cognitive ability. In addition, recent studies have demonstrated a link between lead and premature death due to heart disease.

New concerns about lead in food have surfaced in India where instant noodles, a popular food consumed by tens of millions of people, may contain lead. While the possibility of lead being present is alarming, food makers, such as Nestle, have argued that the level of this toxin is well under safe limits. These food makers argue that the presence of lead is naturally present in the soil at less than 2.5 parts per million and that no lead is added to their food products.

Is There a Safe Level for Lead?

The counterargument to Nestle’s position is that no amount of lead in any food is safe. Prolonged exposure to lead, even in low amounts, contains serious health risks over time. This is especially true for children who over their lifetime will absorb four to five times the amount of lead in their systems compared to adults.

Early indications of lead exposure can be difficult to detect simply because there are no symptoms in the early stages. By the time the symptoms do appear, the poisoning may be considerable. Most of the symptoms in children and adults involve the brain and having behavioral problems, delays in growth, issues focusing and learning, and memory loss.

There may also be abdominal pain, weakness, fatigue, diarrhea, pain in the extremities, and more. Lead poisoning is now connected to cardiovascular issues, such as high blood pressure and heart attacks. Whether you have any symptoms or not, testing for lead will provide some peace of mind in knowing whether it is present in your food or on your property. 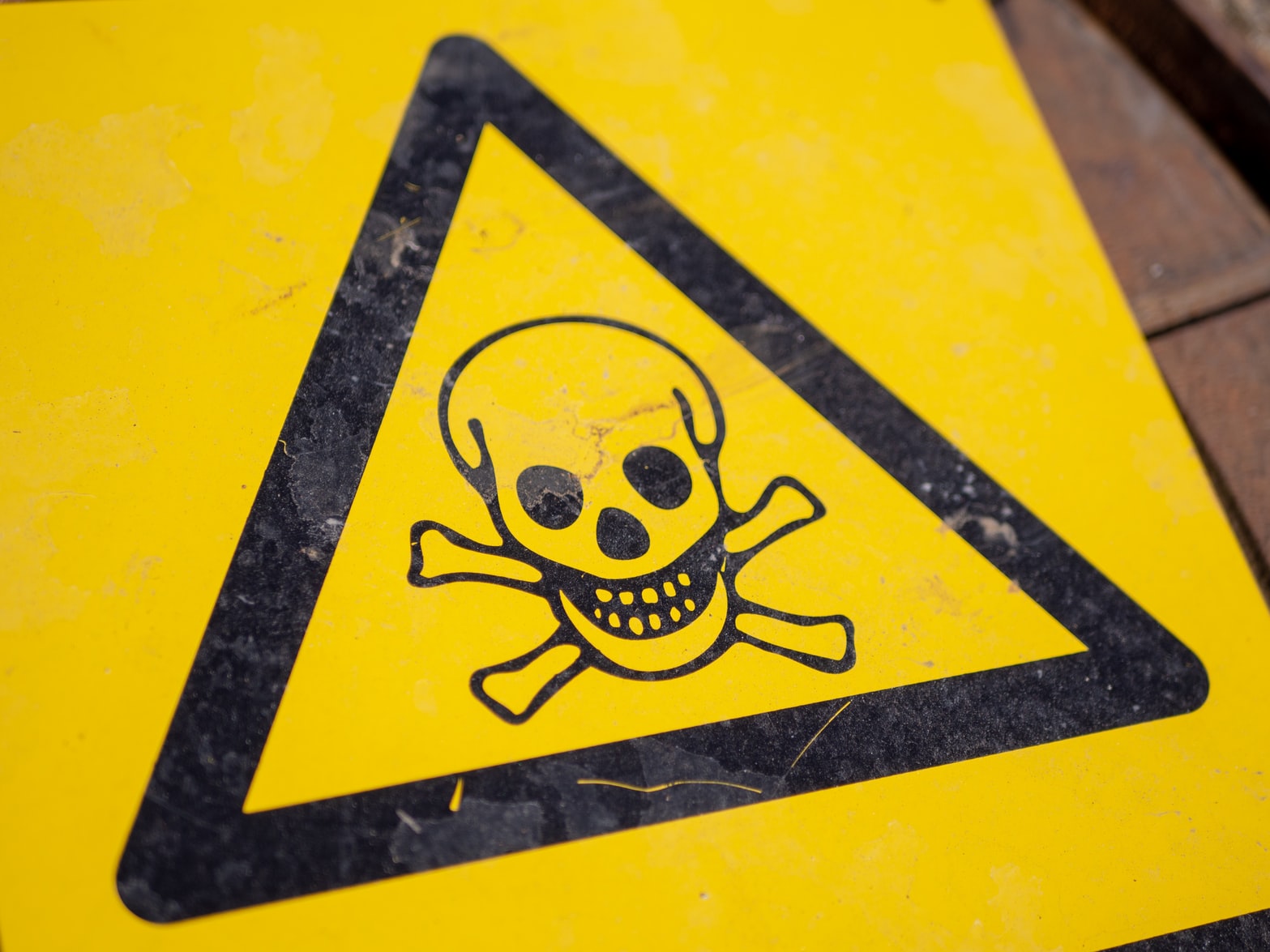 Past issues with the water supply in Flint, Michigan, have once again brought the dangers of lead exposure into the forefront. Lead poisoning has been an issue for thousands of years, but it was only in 1978 that the US ban lead in paint and other consumer goods, as its effects were becoming better understood.

One of the reasons lead is so dangerous is that low-level exposure does not create any obvious symptoms. This usually means that the exposure continues, which can have a considerable effect on the nervous system and the brain, especially in developing children. Some lead exposure symptoms in children include:

Such issues affect children to a greater degree because it affects their development. Plus, the general nature of the symptoms means that the exposure may go undetected for years unless it is specifically tested.

Despite the banning, there are still many sources of lead present in many places, including untreated water supplies, such as:

To resist low-level exposure, a diet that is high in iron, Vitamin C, and calcium helps to prevent the absorption of lead to a certain degree. To remove the lead in the body, chelation therapy is recommended, which is a chemical injected into the body that binds to the lead and helps the body to pass it through, generally through urination.

If you believe that you, your employees, or family might have been exposed to lead, then it is important to undergo tests immediately. Do not wait for symptoms to show up if you suspect lead poisoning, which may occur anywhere there is lead present. The sooner the lead is detected, the faster the treatments can commence, which may help prevent damage.

For children, it is recommended that testing may begin even if they are still infants. Bear in mind, however, that blood testing may not be enough if the child has been exposed for long periods of time because the lead will progress into the bones and organs.

If you suspect that lead might be present in your home, office, or facility, please call the experts at Brickley Environmental.