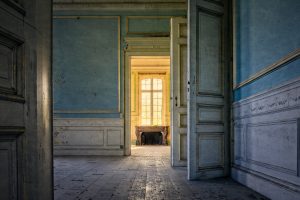 Most companies in the US stopped using asbestos over forty years ago however, materials that contain asbestos are still found in millions of older buildings across the country. Asbestos is a naturally occurring mineral that contains properties that block heat and dampen the spread of fire. Its fibers can be dangerous to humans when inhaled into the lungs and can potentially lead to cancer in individuals if exposed over a long period of time.

Since asbestos is found in older buildings and is still used in small amounts in certain appliances and other devices, it is still possible to become exposed to asbestos.

Where Does Exposure to Asbestos Happen?

For the most part, exposure to asbestos occurs over a long period of time when working in buildings that have asbestos or generally being exposed to products that contain asbestos. Other possible exposure could occur during a disaster or if you live near a site contaminated with asbestos.

Until the early 1980’s ceiling and floor tiles, drywall, insulation, paint, and even cement contained asbestos. You can find small amounts of asbestos in automotive parts such as clutches, brakes, and other friction-associated materials. So, while the driver of a vehicle is most likely safe from asbestos exposure, a mechanic who works in garages or auto shops is more likely to be exposed.

How Exposure Can Lead to Cancer

The microscopic fibers of asbestos that float in the air can be inhaled into the lungs or swallowed. The body can get rid of most of the fibers, but many can become permanently stuck.

When the fibers accumulate over time, the result can be inflammation and damage to the DNA of cells. This can lead to cancers such as mesothelioma and other diseases that include:

Most cancers or diseases caused by exposure to asbestos take decades to develop. For individuals who are exposed to asbestos frequently due to their line of work or constantly being in older buildings can protect themselves to a certain degree by wearing the proper safety equipment. This includes respirator masks. However, the most effective method is to have the potential asbestos removed safely from the site.

Call the friendly, courteous staff at Brickley Environmental today. We will listen to your needs, answer questions about our services, and provide the services needed to ensure that the asbestos or other unwanted materials are removed.

For more information about asbestos exposure and how it can cause cancer, click here to visit the National Cancer Institute website. 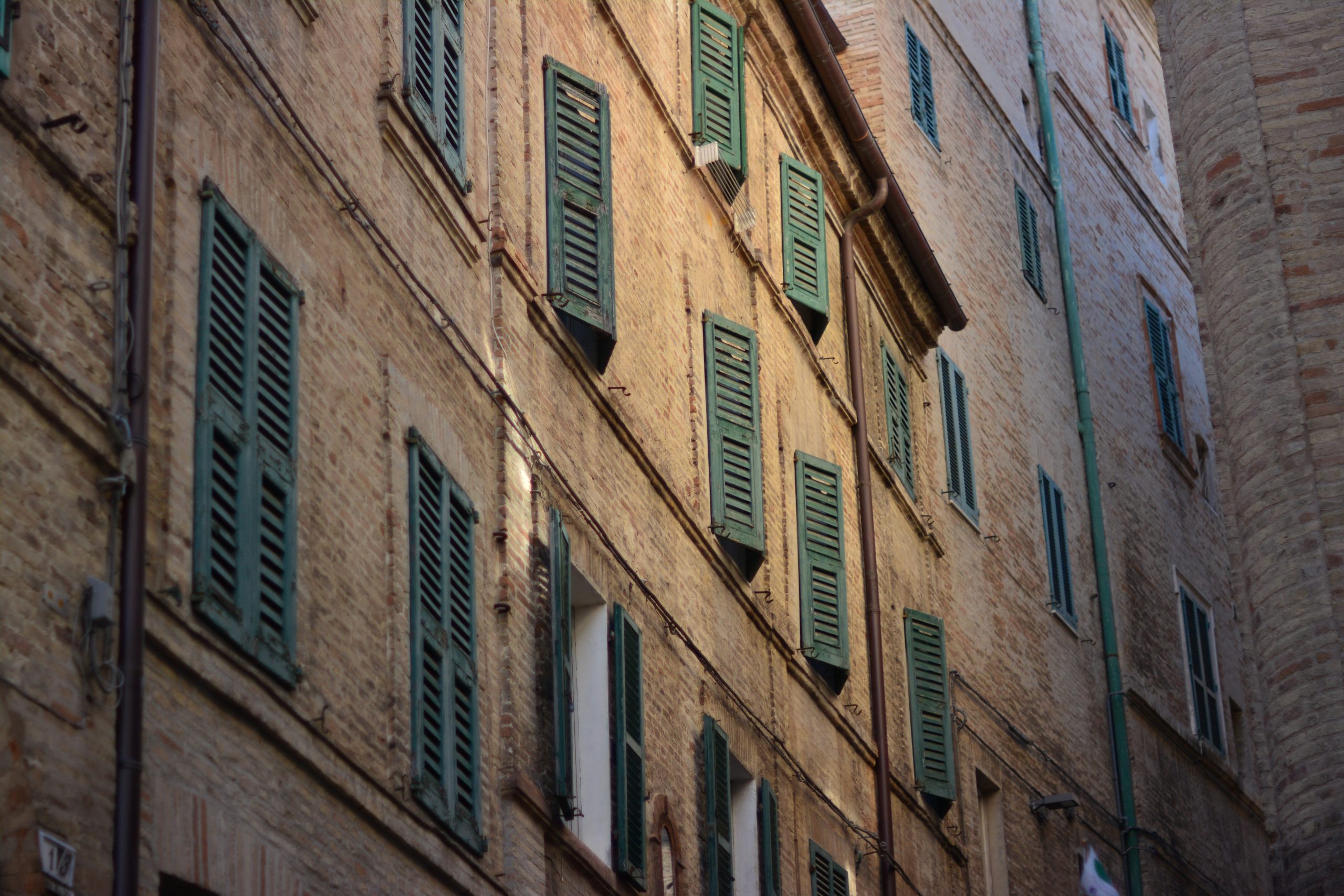 The inhalation of asbestos may result in developing mesothelioma, an aggressive form of cancer. Asbestos may still exist in old facilities, offices, and residences even though it has not been used in the construction of new buildings. You will need to identify if the substance exists and whether it is present in the air. This means following the proper procedures in testing, identifying, and removing the asbestos.

OSHA applied the following standards for medical surveillance with the following guidelines in which the presence of asbestos particles may be in the atmosphere.

In addition, OSHA includes x-rays to identify if those who have been exposed may have been contaminated.

Phase Contrast Microscopy and Transmission Electron Microscopy are methods to determine the type and amount of asbestos fibers in the air. Dust samples are taken from the location and tested in qualified laboratories. Urine is also collected from those who work inside to help determine exposure. A bulk sample analysis is performed which follows both OSHA and EPA regulations. In addition, Polarized Light Microscopy helps to identify the presence of asbestos fibers.

If asbestos is present, those who work inside must follow the proper protection. Start with identifying the source, isolating it from the rest of the structure, and removing it as quickly as possible.

Workers must be limited in terms of time and exposure inside the building. Personal protective gear must also be worn including the proper respiratory devices and clothing. The US Department of Health and Human Services offers guidance as to the rules and regulations that must be followed.

If you suspect that asbestos may be present inside your home, office, or facility call the professionals at Brickley Environmental. They have the knowledge, experience, and equipment to properly test, identify, and remove asbestos safely. They also follow all rules and regulations that are set by OSHA to ensure accuracy and safety in the identification and removal of asbestos. 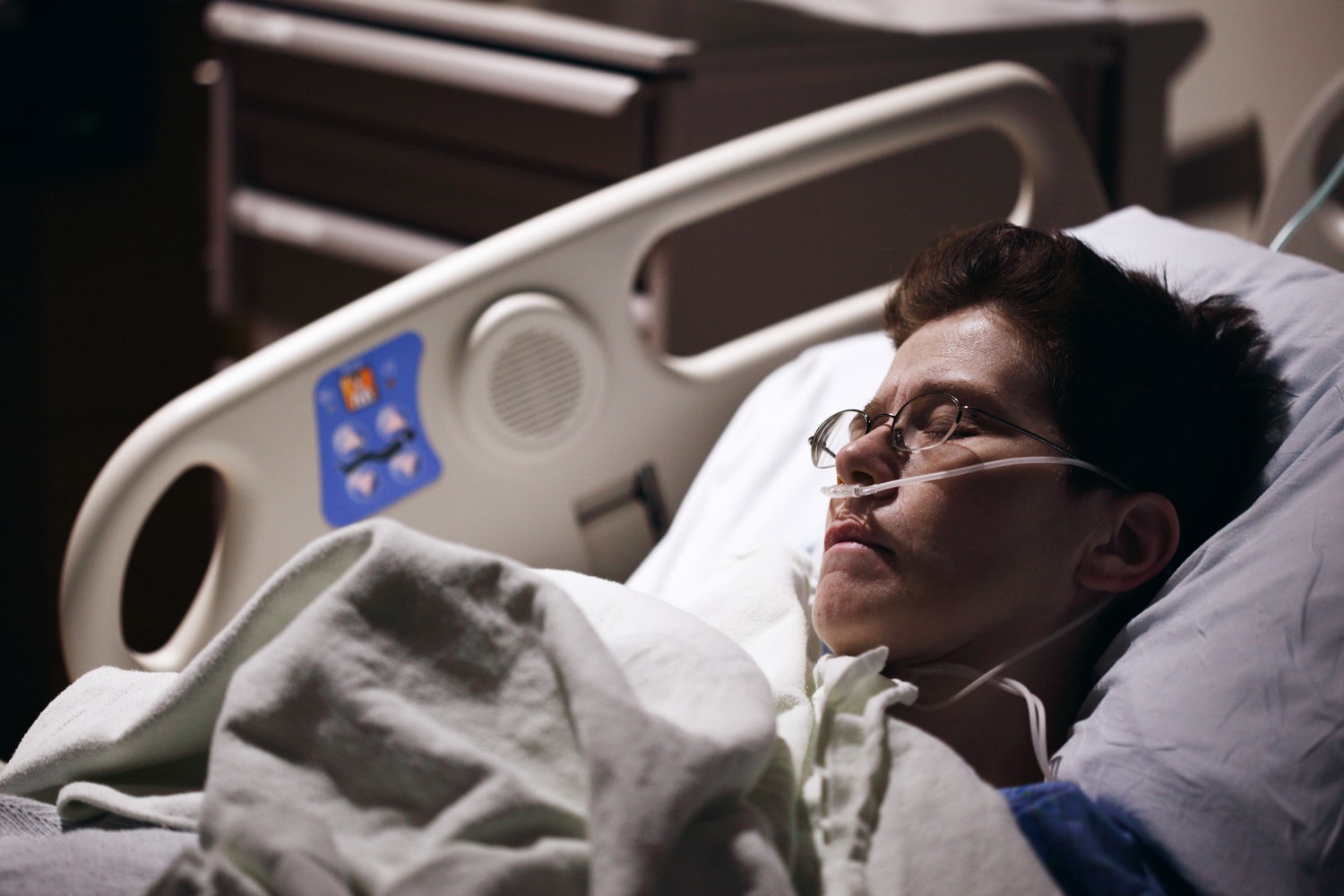 Mesothelioma is a rare form of cancer that has struck thousands of people across the US. This form of cancer is rare. The source is exposure to asbestos particles in the air. Those who have contracted mesothelioma were at some point exposed to airborne asbestos fibers over extended periods of time.

But what is mesothelioma and how does asbestos cause cancer to form in the lungs?

Understanding how it develops helps to identify if you may be vulnerable to this horrible form of cancer.

This is a natural substance found in nature often appearing like a rock. Pure asbestos consists of many small fibers that can be processed to create useful materials such as insulation. For many decades, asbestos was installed into residential and commercial buildings as fireproofing material.

The fibers become airborne when the processed asbestos starts to fall apart. The fibers stuck to the inside of the lungs and remain there when inhaled. This is because the fibers have hooks which attach themselves to the interior of the lungs.

How Cancer Forms Because of Asbestos

The fibers trapped in the lungs continue to do damage to the inner lining. This results in inflammation, scarring, and eventually damage on a genetic level. This is a process similar to when trauma causes cancer in bones or muscle tissue. Mesothelioma is a cancer that is aggressive and has a high rate of death.

The damage from asbestos takes place over years and even decades. The source of the cancer is clear as it stems solely from asbestos. Asbestos was banned from the construction of new buildings in the late 1970s.

Exposure to asbestos is limited due in large part to the removal of asbestos from most buildings and structures. You may still be at risk from asbestos exposure from other less obvious sources and this is where Brickley Environmental can help.

Calling the professionals at Brickley Environmental should be the first step for the safety and protection of your home or business. 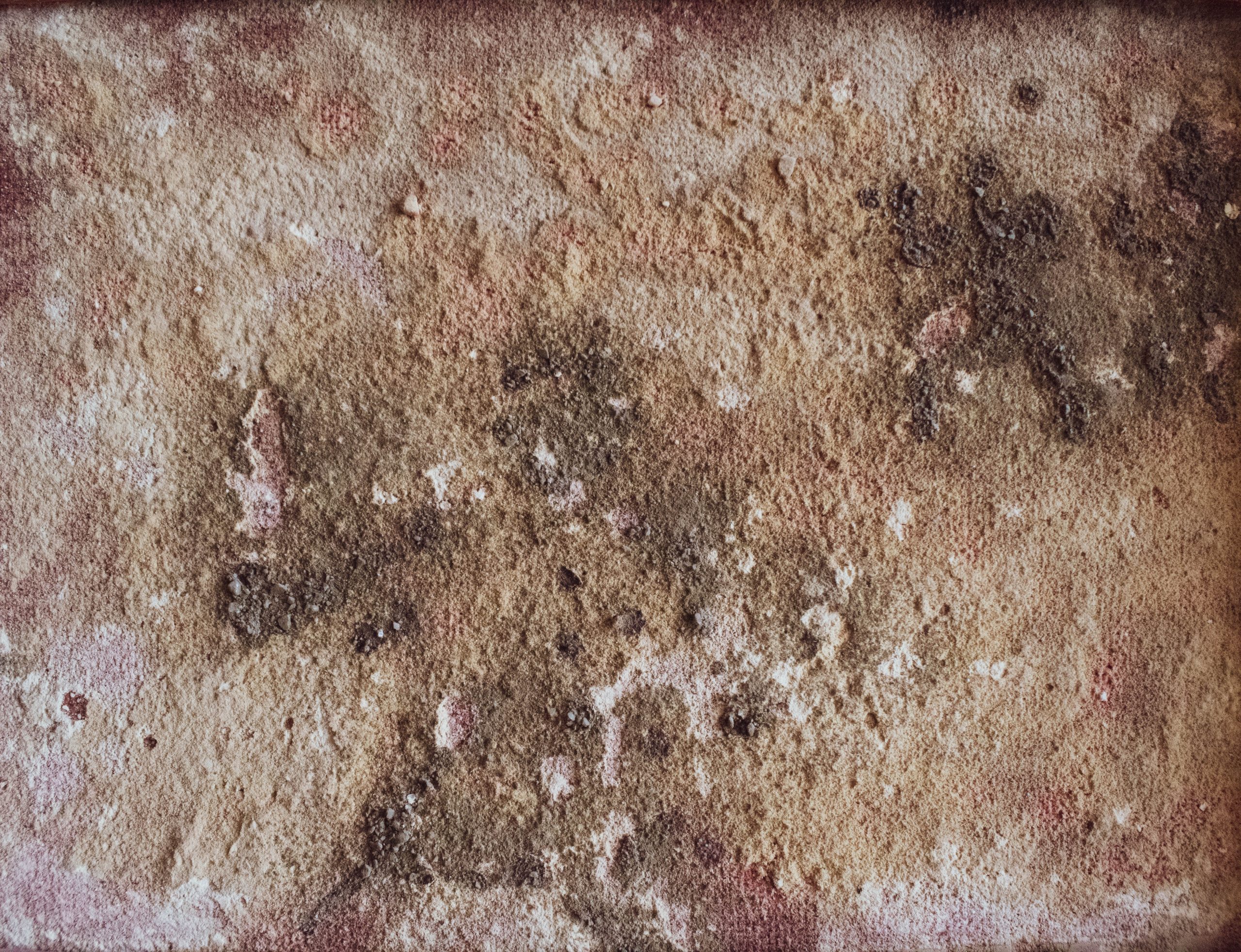 What is Black Mold?

Mold is a common fungus that is found in practically every structure. However, it does not present a threat until it attaches to a surface and starts growing. While most types of mold produce spores that are mildly irritating, black mold has toxic properties that can affect the brain. Exposure to black mold impairs judgment and causes symptoms similar to depression or bipolar disorder.

Asbestos is a natural substance that was once commonly used in the construction of homes, businesses, and facilities. Its fireproof qualities were so highly prized that blankets made of the material were placed in many buildings as fire protection.

It was discovered, however, that asbestos exposure led to the development of mesothelioma, a highly aggressive form of lung cancer. Thus, asbestos was banned from use in construction. By 2002, it was banned in all products across the US.

The effects of black mold are similar to heavy metal poisoning. It affects the brain by making cognitive thought more difficult, including a lack of concentration, inability to focus, and feelings of being depressed. Without treatment and removal of black mold from the area, the symptoms will persist.

The fibers from asbestos are inhaled into the lungs where they attach themselves. Over time, the fibers break down and the damage caused creates an aggressive form of cancer, known as mesothelioma. Until the cancer develops, there may be few, if any, symptoms that the fibers are present.

Another important difference is that asbestos is placed into the structure, while mold is present nearly everywhere. It takes the right conditions for the mold to attach itself to a surface and start growing, while asbestos can affect you if the fibers are free to float in the air. 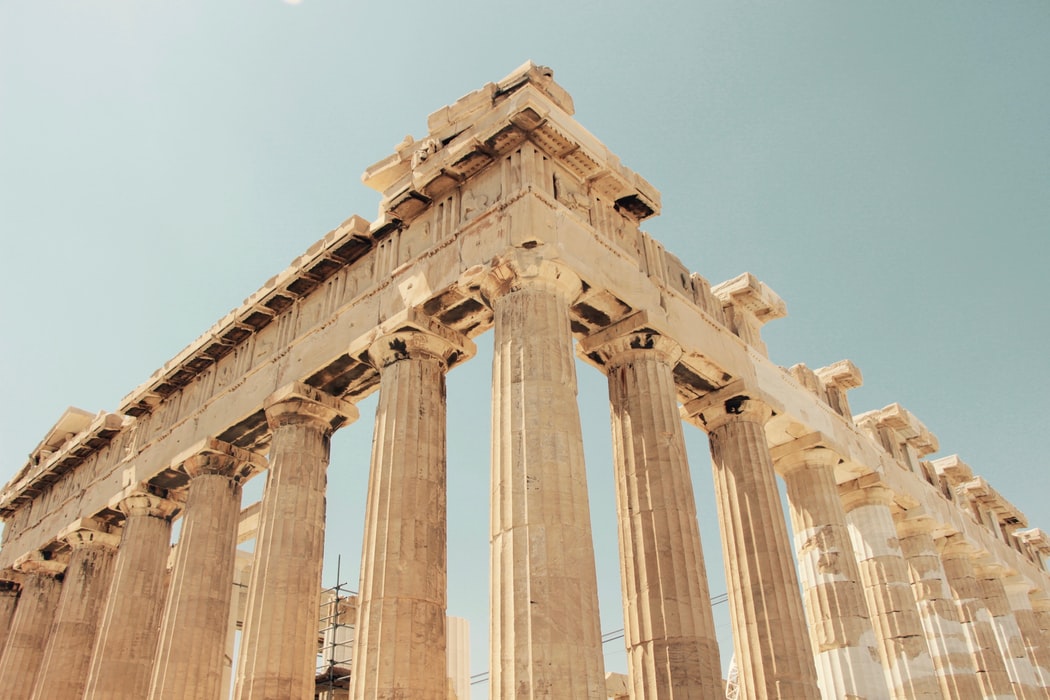 Asbestos is a naturally occurring fibrous material that has been linked to cancers such as mesothelioma. Although asbestos exposure is considered dangerous, it is not completely banned in the US and other countries because it is naturally occurring and does serve a valuable purpose thanks to its fire-resistance and durability.

Asbestos has been around for millions of years, but its name derives from the Greeks, which means “inextinguishable”. The Greeks recognized the ability of asbestos to resist fire, and the first use of asbestos was by the Greeks around 300 B.C., although it may have been used by other cultures long before.

In Persia, the substance was imported and used to wrap the dead, while the Egyptians used it to embalm their dead pharos. By the time of the Holy Roman Empire, asbestos was widely used in textiles, women’s clothing, and building materials. Over the centuries, the use of asbestos continued to flourish even though many arguably became ill with mesothelioma. No one yet had made the connection between the cancer and asbestos.

By the late 19th Century, asbestos was in such demand that many entrepreneurs invested in the mining of the substance, which resulted in many wealthy people. This was because the Industrial Revolution created many opportunities for the use of asbestos, starting with the railroad industry, as they used it to insulate much of their locomotives.

Shipyards soon followed as asbestos was used in many different areas of vessels for its fireproofing abilities. This translated into construction where many commercial buildings, facilities, and even private residences were lined with asbestos from the roof, exterior siding, and even the flooring.

The first known dangers of asbestos exposure were diagnosed in 1924, but that did little to stop the spread of the material, which reached its peak during World War II. Although dwindling, it was not until the 1970s that the EPA began to issue warnings and enact regulations that started to curb the use of asbestos. By the end of the 1970s, asbestos was banned for use in most areas, including construction.

However, the sheer volume of asbestos used during most of the 20th Century means that many buildings, homes, facilities, and structures still contain asbestos. Even many appliances from the time may contain asbestos that protects the wiring and the transfer of heat.

Seemingly every day, asbestos is being discovered in older properties and goods where it may have sat for decades. For millions of people, this represents a real danger of asbestos exposure that might go unchecked. That is why the search for asbestos on properties continues to this day.

If you suspect that asbestos might be present in your home, office, or facility, please call the experts at Brickley Environmental. We offer complete services in the identification and removal of asbestos from your property.